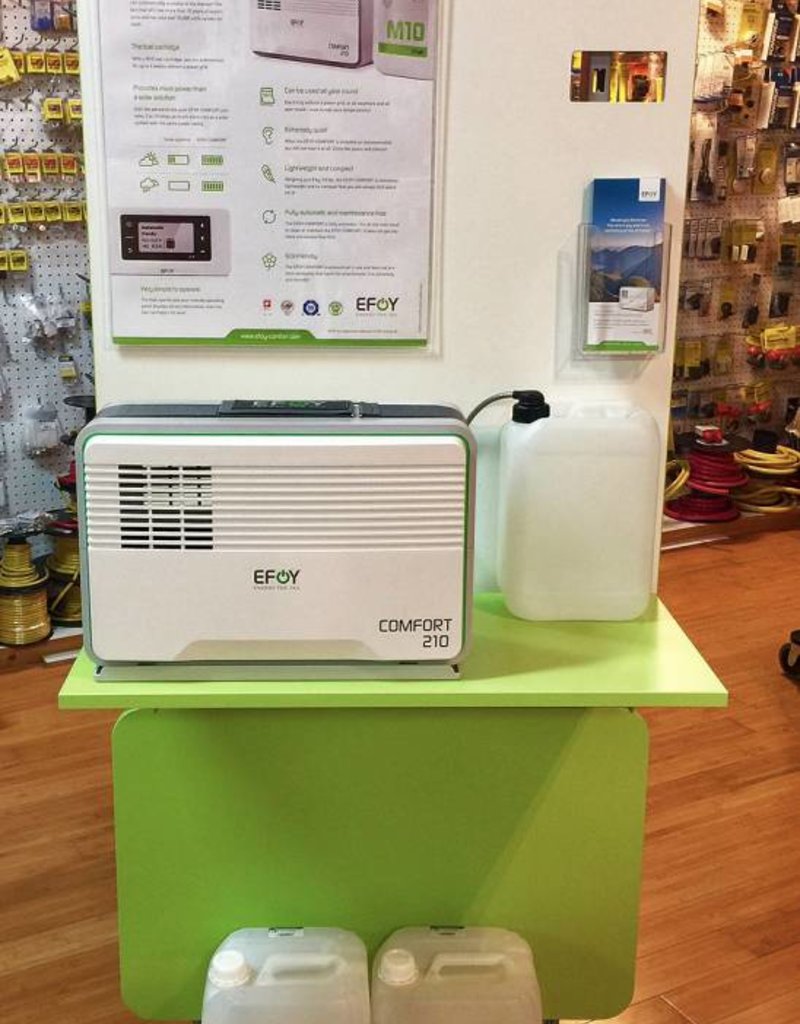 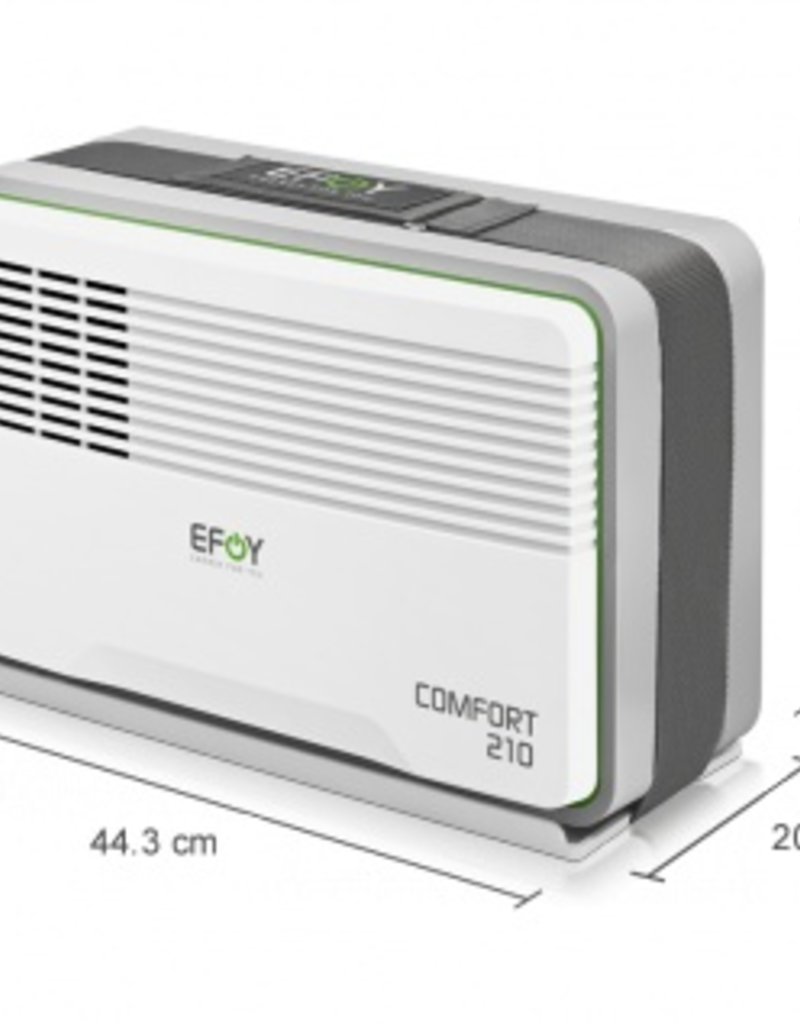 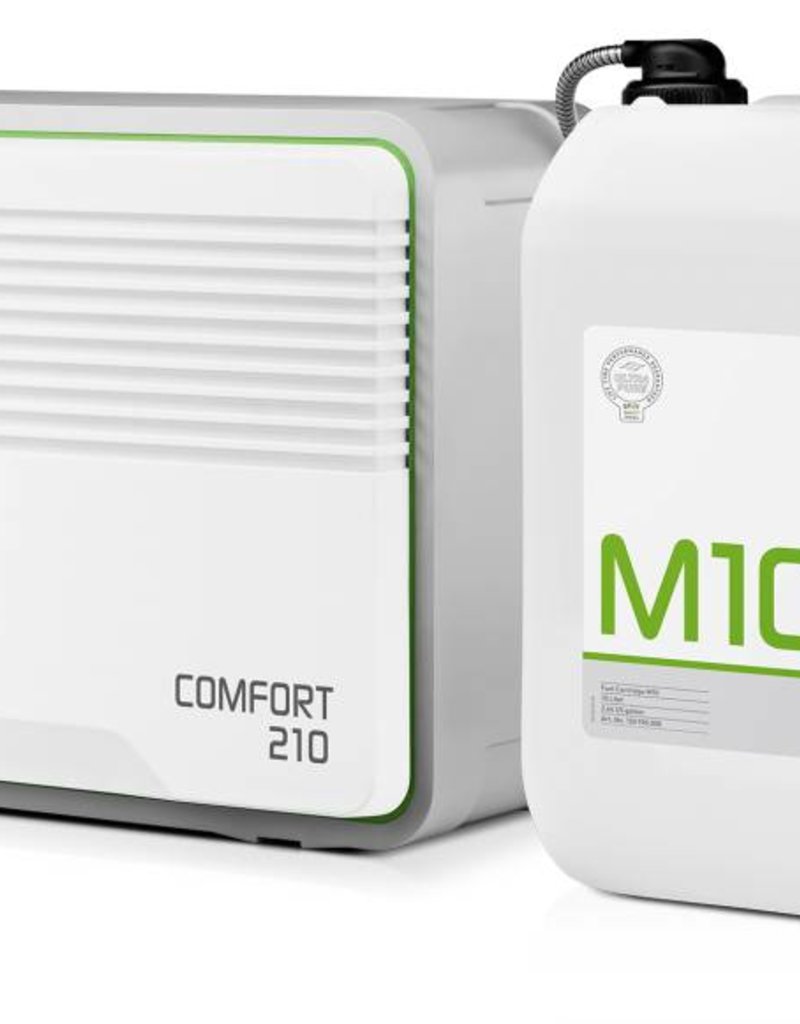 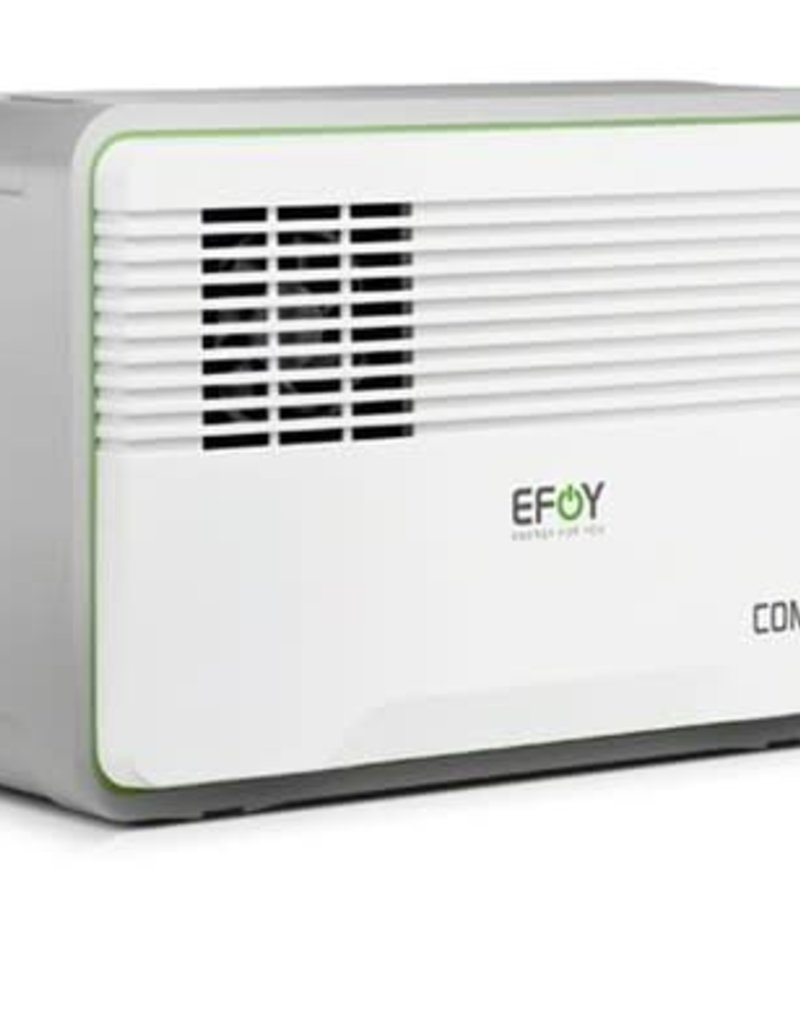 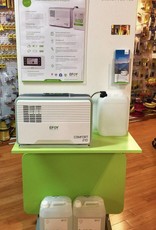 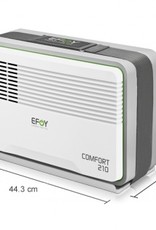 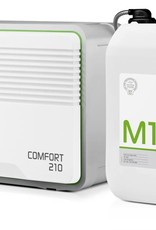 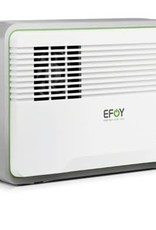 How does the EFOY COMFORT work?

The EFOY COMFORT charges the on-board battery fully automatically. The integrated charge controller permanently monitors the charge level of the 12 V battery. If necessary, the EFOY COMFORT starts automatically and switches off again once the battery is charged. This gives you more than permanently fully charged power reserves. Your batteries will also last a lot longer because constant recharging protects them against a damaging exhaustive discharge. With an inverter, you can also operate 230 V devices. The EFOY COMFORT produces electricity using the fuel in the fuel cartridge, adding oxygen from the air. In addition to the electricity, it only produces waste heat and water vapour containing an insignificant amount of carbon dioxide.
It is extremely eco-friendly.

The principle behind SFC fuel cells

A fuel cell is an alternative source of energy. It transforms chemical energy into electrical energy directly, with no intermediate steps, no moving parts and with no significant loss in energy, making it a particularly efficient source of power. A lot of patented innovation has gone into our units, making the EFOY fuel cell a marvel of miniaturization, a lightweight but high-powered, long-lasting performer. SFC’s home-grown technology has positioned EFOY fuel cells to lead the field in fuel-cell systems for mobile applications.

How does an EFOY fuel cell work?

At the heart of every EFOY fuel cell is the stack. The stack actually consists of several cells: an anode, a cathode and a membrane that acts as an electrolyte, separating the anode and the cathode from each other. Positively charged electrical particles (protons) can permeate the membrane. Methanol and water are introduced on the anode side while ambient oxygen enters the cathode side. H+ ions, free electrons and carbon dioxide arise on the anode side. The protons can permeate the membrane while the electrons have to travel an electrical circuit over to the cathode side, thereby producing electrical current. H+ ions and water vapor arise on the cathode side, making EFOY fuel cells an extremely environmentally friendly way to generate electricity.